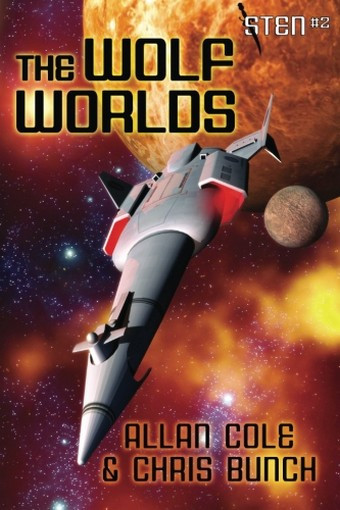 Hailed as a "landmark science fiction series," the Sten novels have thrilled millions of readers all over the world. Set three thousand years in the future, they tell the tale of a tough, street-wise orphan who escapes his fate as factory planet “delinq” to become the strong right-hand of the most powerful man in the Universe -- a virtually immortal figure known to his billons of subjects as "The Eternal Emperor."

THE SECOND ADVENTURE
The Eternal Emperor ruled countless worlds across the galaxy. Vast armies and huge fleets awaited his command. But when he needed a “little” job done right, he turned to Mantis Team and its small band of militant problem solvers.

Now the Emperor needed to pacify the Wolf Worlds, the planets of an insignificant cluster that had raised space piracy to a low art. And Mantis Team could use all the men it needed — as long as it needed no more than two. . . .