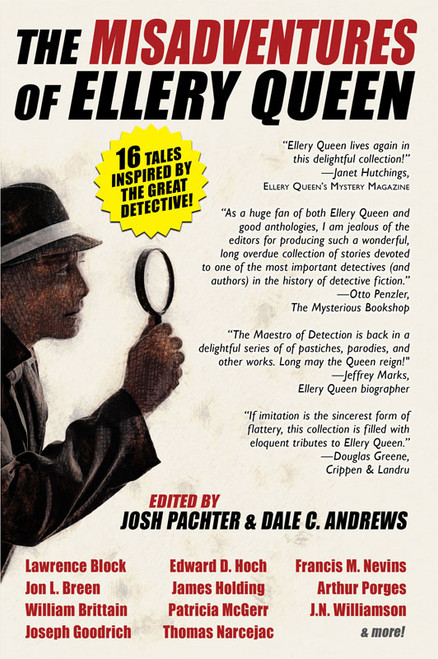 For generations, the name “Ellery Queen” has been synonymous with the finest in mystery fiction. When cousins Frederic Dannay (1905–1982) and Manfred Lee (1905–1971) created the iconic character and byline in 1929, they had no idea how influential he (and they) would become. Books, movies, television programs, and radio shows have firmly rooted their characters in the public consciousness. To this day, their work remains among the best examples of “fair play” mystery fiction. Their fans -- including such luminaries as Stephen King, Agatha Christie, and Anthony Boucher -- are legion.

This volume assembles 16 stories by a wide variety of authors, all written (sometimes tongue-in-cheek) as homages to, and parodies and pastiches of, the character -- and writing team -- known as "Ellery Queen."