Beyond the Orbit: Australian Science Fiction to 1935, edited by James Doig (Paperback) 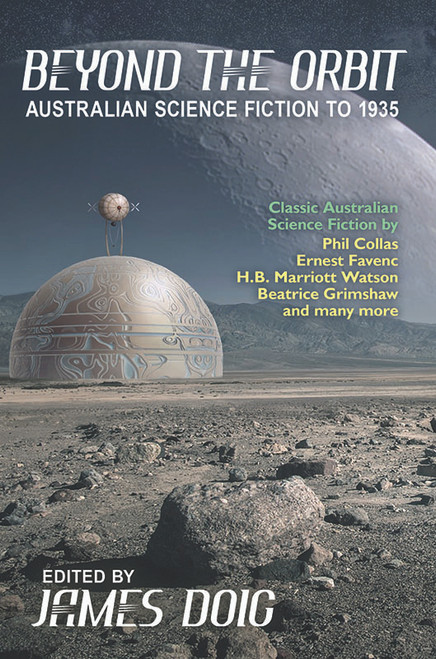 Beyond the Orbit: Australian Science Fiction to 1935, edited by James Doig (Paperback)

In the short form, early Australian science fiction is more heterogeneous. There were more outlets for the short form and more short stories were published, so we would expect a wider range of themes and subject matter, and indeed this is the case. The stories collected here indicate something of the richness and variety of science fiction written by Australian authors up the mid-1930s. We see some of the themes mentioned above, for example the lost civilisation story (Phil Collas's "The Inner Domain") and the future invasion story (Ernest Favenc's "What the Rats Brought"), but they offer something new and original, while other stories are built on the consequences of technological discoveries or advancements, for example Ernest Favenc’s "The Land of the Unseen," H.B. Marriott Watson's "The Instrument," and Beatrice Grimshaw's "Lost Wings."