When the Pirate Prays: A Comic Crime Novel, by James B. Johnson (ePub/Kindle) 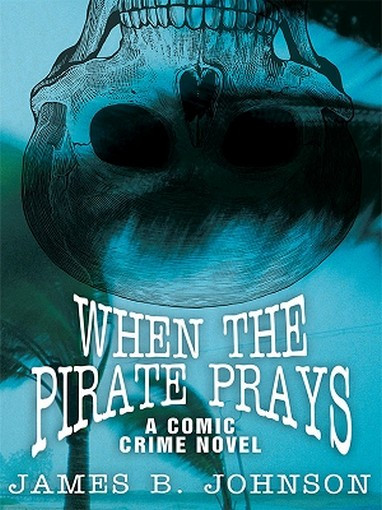 When the Pirate Prays: A Comic Crime Novel, by James B. Johnson (ePub/Kindle)

Texas cowboys Billy Birthday (aka Shortcut) and Wallace F. Fidgle (aka Tapes) are touring Florida to see the lighthouses there. In the midst of a storm, they give a ride to a jogger who turns out to be the governor of Florida. And as soon as they drop him off, he's murdered. Stuck in a hotel on remote Gasparilla Island by the vicious tropical squall, the pair are accused of murder by the Lieutenant Governor, who has them arrested them and begins building a case against them. Meanwhile, Shortcut becomes involved with the lovely ex-nun Mary Lynn, who could well be the killer. Events are complicated by political intrigue and a drunken Florida Trooper. And they all must face a possibly disastrous arson fire at the hotel. The more Shortcut learns about the oddball characters stranded at the Inn, the more he sees that each one had a motive to kill the governor. As the storm lashes the island, the two friends must solve the murder in order to save themselves, avoid the killers, and rescue the kidnapped Mary Lynn from a fate worse than death. An absolutely first-rate mix of crime and comedy!