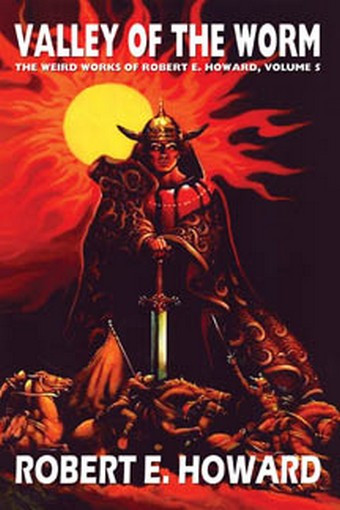 The fifth collection of Robert E. Howards fantasy work from the legendary pulp magazine Weird Tales (and several of its rivals) features another lineup filled with classic fiction and poetry from Howards greatest writing years. Included in this volume are four stories with Howards most famous character, Conan: (Black Colossus, The Slithering Shadow, The Pool of the Black One, and Rogues in the House), as well as several historical and contemporary fantasies. Especially important is Howards short novel, The Valley of the Worm, in which an invalid escapes into a past life as Niord, a member of a wandering, Viking-like people who travel far from their home to establish a foothold in a jungle-covered land inhabited by savage Picts. This land holds more than Picts, however. A force of evil that was ancient even then also lurks there, and it is inevitable that Niord will confront it . . .

As with all of the Weird Works volumes, the stories and poetry in this book have been meticulously restored to their first published versions. You will read them just as pulp fans of the 1930s didin their original order, just as originally published!

Out of the Past: The Persistence of Evil in the Fiction of Robert E. Howard, by James Reasoner
Black Colossus
The Man on the Ground
The Slithering Shadows
The Pool of the Black One
Old Garfields Heart
One Who Comes at Eventide
To A Woman (Though fathoms . . .)
Rogues in the House
The Valley of the Worm
Gods of the North
Shadows in the Moonlight