Trekmaster: A Science Fiction Novel, by James B. Johnson (Paperback) 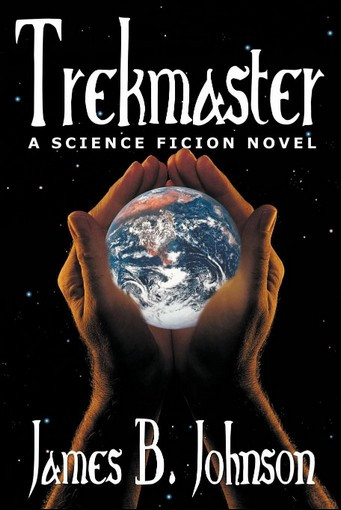 Trekmaster: A Science Fiction Novel, by James B. Johnson (Paperback)

On the planet Bear Ridge, Thomas Jefferson Shepherd is King, fighting to bring his long-lost colony world to high-tech standards, and claim a place among the Federation of Planets. But Bear Ridge has a feudal society, and TJ must overcome political treachery, revolt, and assassination in his attempt to move his world forward. To rule, TJ had to survive the Trek: climbing and crossing two deadly mountain ridges, and locating and befriending the Webbines, the indigenous intelligent species. Now TJ's son and heir, Michale, is making the Trek to challenge his father for the throne. Can TJ beat the massive odds against him and his planet? Can he win a place for Bear Ridge among the federated worlds? Indeed...can he even survive? A grand SF adventure novel that believably mixes medieval intrigue and swordplay with high technology!