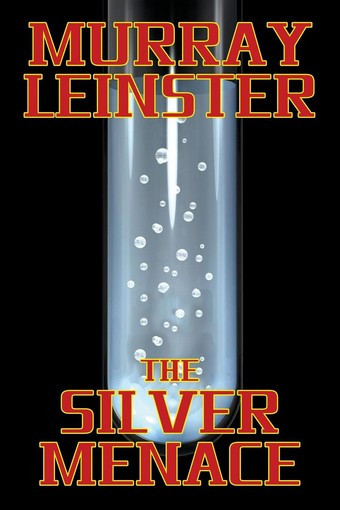 At last the government could keep silence no longer, and the world was informed of the true malignity of the Silver Menace. The silvery jelly had reached the American coasts, invaded and conquered the harbors, and was even then rapidly solidifying the rivers, but its threat did not end there.

Just as it had crept up the sides of Gerrod's test tubes, and as it had overwhelmed the yacht, now it crept up the beaches. Slowly and inexorably die slimy masses of jelly crept above the water line. The beaches were buried below thick blankets of sticky, shimmering animalcules and still the menace grew.

They overwhelmed all obstacles placed in their path. The whole green, fertile earth was threatened with burial beneath a mantle of slimy, silvery, glistening horror!