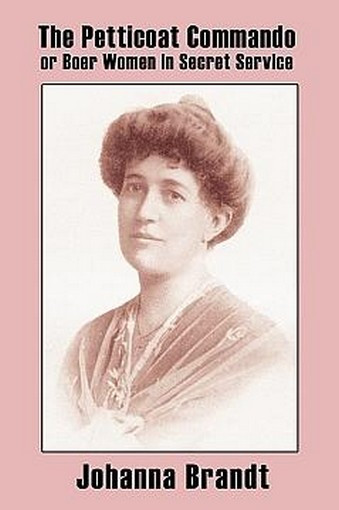 I have tried to give the public some idea of what was done by Boer women, during the great Anglo-Boer war, to keep their men in the field and to support them in what proved to be a hopeless struggle for independence and liberty.

As far as I was able I have also described the perils and hardships connected with the Secret Service of the Boers and the heroism and resource displayed by the men.

Although it is with the knowledge and consent of the Boer leaders that I give publicity to what is known to me of the methods employed in the Secret Service of the Boers, I do not wish to convey the impression that these events of the war at any time bore an official character.

It is a purely personal narrative and has only been written at the repeated request, during the last ten years, of the many friends associated with the experiences of the diarist and of the principal characters appearing in this book. In order to preserve the historical value of the book no fictitious names have been employed.

There are, as far as we know, very few records of this nature in existence, owing to the dangers connected with keeping a diary under martial law, and it seemed a pity, therefore, to withhold from the public materials which may be of use to those who are interested in studying or writing the history of those critical years.

I cannot vouch for the truth of every war rumour related here, nor for the accuracy of the information which I have obtained from other people, but the experiences of the diarist, as they were recorded from day to day, are correct in every detail.

My Dutch edition of this book, Die Kappie Kommando, is now appearing in the Dutch South African bi-monthly journal, Die Brandwag, and will, when completed, be published in book form in Holland.