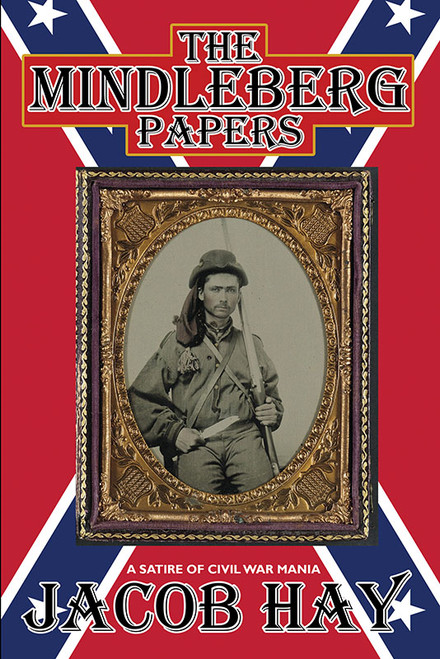 When free-lance writer Nick Saltire arrives in the town of Textilia, North Carolina, he little suspects he is destined to do for this charming little backwater what Sherman did for Georgia. Nick, familiar only with history as it is written in books and presented by Yankee publishers, is only too willing to go along with the commonly held notion that the Civil War ended at Appomattox. Indeed, his primary interest in history may be said to be limited to the dates that appear on his paychecks.

Unfortunately, history is now his job. For Pierre Mindleberg, a textile tycoon who virtually ovens Textilia, lock, stock, and cracker barrel, has decided there can be no finer contribution to the town’s Civil War Centennial than an account of the noble part played in the Great Conflict by the Mindleberg Textile Mills. There is, however, one small stumbling block—a Mindleberg ancestor whose role in the war could not be called exactly heroic. It could be called many things—but definitely not heroic.

Undeterred, and despite distractions—distractions that take the forms of a pretty research assistant and a local heiress and a buxom carhop—Nick plunges into the past and emerges with a bundle of mysteriously coded letters. In them lies a revelation that transforms a dead reprobate into a Gallant Son, spurs the town to a frenzy of enthusiastic activity, and, most important to Nick, opens up new and spacious vistas of personal gain. That is, until a certain history professor arrives (from the North, of course) with information that, if revealed, can make the Stars and Bars hang at half-mast and can turn “Dixie” into a dirge. More than that, Nick realizes as he views the fanatic light burning in southern eyes, it can easily make him the final casualty of the Civil War.