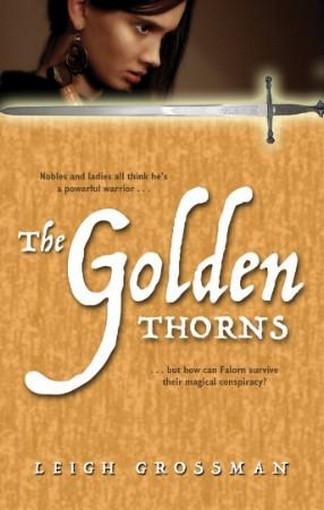 Knighted for bravery in a battle Falorn only half-remembers, his newfound noble status is the only thing that saves Falorn's life when he's captured by a powerful archbishop. But that nobility also forces him on a doomed quest into the land of the Immortal King, where savage armies compete with powerful wizards to try to take away the magical artifact that propelled Falorn into this mess in the first place. In a web of betrayals and counter-betrayals, he finds himself more and more caught in love triangle between the woman who he loves but who has twice abandoned him, and the woman who seems to love him - but who he can never fully trust.

Wizards, monsters, pirates, murderous cults, and rogue professors all have a role to play in this fast-paced sequel to The Green Lion. But the ultimate role will be played by the sorceress in whose thorns Falorn is caught, and who set in motion the events that threaten to consume him - along with both of the women who love and betray him.