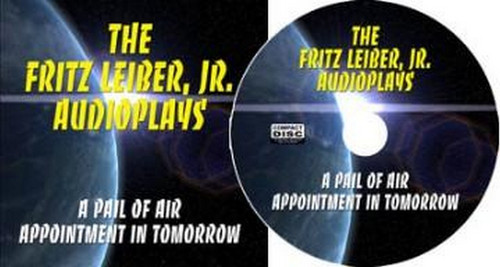 Fritz Leiber, Jr. was born on December 24, 1910. He was a member of the Lovecraft Circle and became an important writer of fantasy, horror, and science fiction in his own right. He was also an expert chess player and a championship fencer.
Leiber's most popular and influential creation remains the best-selling Fafhrd & the Gray Mouser series of sword-and-sorcery stories, though other works won every major award in the field, from World Fantasy Awards for "Our Lady of Darkness" (1977) and "Belsen Express" (1975) to Hugo Awards for his science fiction novels "The Big Time" (1958) and "The Wanderer" (1964), as well as short stories "Gonna Roll the Bones" (1967), "Ship of Shadows" (1970), and "Catch That Zeppelin!" (1975). "Gonna Roll the Bones" and "Catch That Zeppelin!" also won Nebula Awards from the Science Fiction Writers of America. Fans awarded him the Gandalf (Grand Master) award at the World Science Fiction Convention in 1975, and in 1981 the Science Fiction Writers of America voted him the recipient of their Grand Master award.