The Eagle's Wing: The Gardens of the West, Part 1, by Francis Jarman (Paperback) 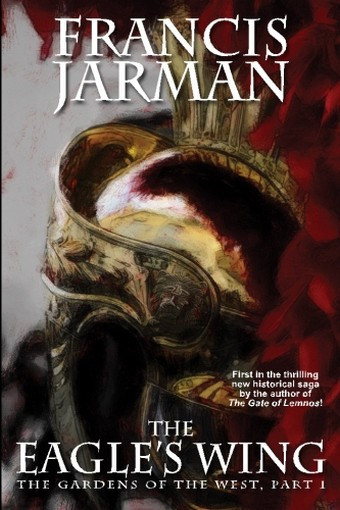 The Eagle's Wing: The Gardens of the West, Part 1, by Francis Jarman (Paperback)

The Empire of the West is in turmoil. Blood-Drinkers are massing on its northern border, political and religious factions are locked in a struggle for power, and the Emperor is capricious and sadistic. Mara, daughter of a chieftain of the Horse People, is abducted by slavers as part of a sinister plot to destabilize the West, and the fast-moving events change the lives of many others, too, including the centurion Thomasius, the slave-girl Manasa, Aulus, good-for-nothing son of a Senator, Florianus the eunuch, and Decimus, enforcer for the only man who can save the Empire -- the General.