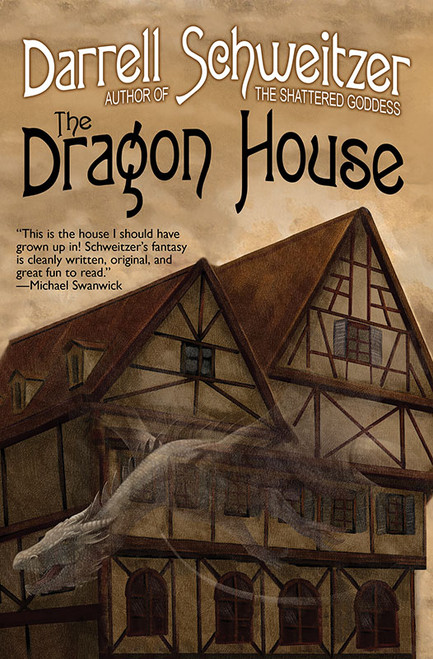 It is not hard to imagine that you are a thirteen-year-old (almost fourteen) and you don’t quite feel like you belong in your own family, with a somewhat goofy father who does magic tricks and disappears for long periods of time and might be a secret agent, not to mention a mother who might be a white witch, and a sister is actually normal but doesn't look the slightest bit like you. Then it gets worse when your family suddenly moves into a massive pile of a house deep in the woods in the middle of nowhere, and that house seems to be alive. It is more than a house. It is also a centuries-old, sleeping dragon that settled into the shape of a house as it slept. But now it is waking up, and you find you have a strange affinity to it.

You, and no one else, can slide through the walls, swim in the bloodstream of the Dragon and share its consciousness. You acquire a mysterious teacher and a robotic companion from the planet Zarconax, and if life isn’t getting strange enough already, something goes wrong and Ghastly Horrors and other malevolent monstrosities attack, well before you, or your parents, or even the house itself is prepared to do anything about it. Imagine that an all-encompassing darkness threatens everyone you ever cared about.

Darrell Schweitzer’s fourth novel might be considered a book for younger readers, or for readers who remember what it was like to be young. It is perhaps most comparable to the spooky narratives of John Bellairs. It is the sort of story, filled with striking imagery and bizarre incidents, a mixture of whimsy and genuine fright.

The author’s other novels include The White Isle, The Shattered Goddess, and The Mask of the Sorcerer. He has published hundreds of short stories. His fiction has been nominated for the World Fantasy Award three times and once for the Shirley Jackson Award. He is an expert on H.P. Lovecraft and a former editor of the legendary Weird Tales magazine.

“This is the house I should have grown up in! Schweitzer’s fantasy is cleanly written, original, and great fun to read.”
-- Michael Swanwick, author of The Iron Dragon’s Daughter.

“Schweitzer is a story-teller, by whose smoky fire one may sit spell-bound.”

-- Tanith Lee, author of The Birthgrave, Tales from the Flat Earth, the Blood Opera sequence, etc.