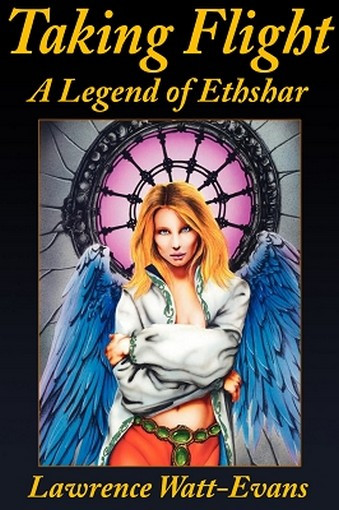 She was everything he wanted, and everything he had been promised. A fortune-teller's prophecy had sent Kelder of Shulara to seek adventure along the Great Highway. He had been ready to give it up, and dismiss the seer as a fraud, when he met Irith. Irith was the most beautiful girl he had ever seen. She was bright and charming and cheerful. And she had wings. Kelder tried to earn Irith's love and respect. He tried to please her, and to fulfill the prophecy that seemed to say he would one day marry her. But as he came to know her, he began to realize that she was not quite what she appeared to be. She was not just a lovely young woman. She was not even entirely human. She had ruined men's lives. And he needed to learn what she truly was before she destroyed him, as well. What he would learn, and where he would go, would makes its mark on the destiny of Ethshar.