Strategic Landpower and a Resurgent Russia: An Operational Approach to Deterrence (Paperback) 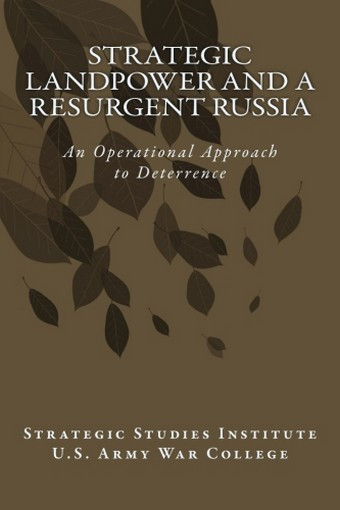 Strategic Landpower and a Resurgent Russia: An Operational Approach to Deterrence (Paperback)

As noted in the U.S. Army Operating Concept, senior leaders and planners face a very complex, unpredictable world. Witness for example, Russia entering the fight against the Islamic State, and then its subsequent alleged withdrawal of forces from Syria. Russia’s actions certainly caught many by surprise -- but should they have? Predicting Russia’s actions is indeed challenging, and the task has been made more so since many Russian experts, linguists, and scholars have left government service in recent decades. This post-Cold War trend may be changing though, as Russian actions are becoming increasingly important to policymakers, strategists, and military leaders. Some leaders have gone as far as saying that Russia is the only existential threat to the United States -- mostly due to its nuclear arsenal. Nevertheless, Russia’s actions over the past few years have shown that the United States needs to devote greater attention to Russia, its intentions, and its leaders.