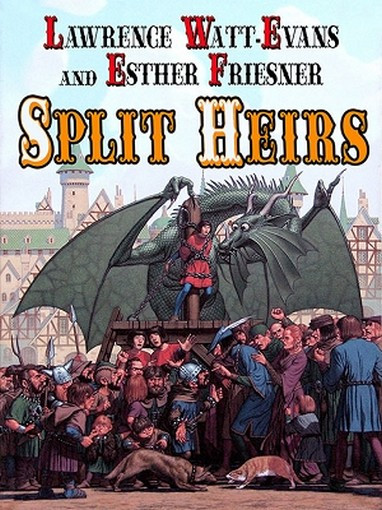 "Confusion reigns in this often funny, frequently precious fantasy about usurped thrones and lost heirs. After the Gorgorian barbarians conquer the civilized kingdom of Hydrangea, their leader Gudge makes himself king, marries Hydrangean Princess Artemisia and settles down to a highly satisfactory life of drinking and debauchery. Royal triplets, separated at birth because of a Gorgorian superstition that multiple births suggest the mother's infidelity, receive very different upbringings. The only girl, Avena, is brought up in the palace as Prince Arbol, heir to the throne and a fearsome swordsman. One brother, Wulfrith, is raised by a shepherd; although a young ewe is his favorite companion, his size makes him a fearsome battler. The other brother, Dunwin, reared by the outlawed wizard Clootie, develops into a talented magician. To this basic brew Watt-Evans (the Ethshar series) and Freisner (Gnome Man's Land ) have added a couple of dragons, some attempted seductions, mistaken identities and misguided spells to produce a lighthearted fantasy." -- Publishers Weekly