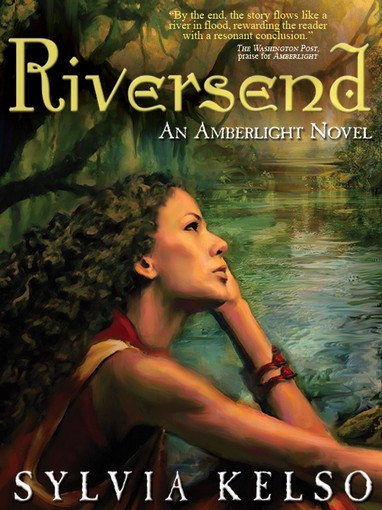 A city falls. And Tellurith, once Head of Amberlight's most powerful House, finds herself and her surviving folk on a journey they never thought to make.

A new beginning. Telluir House will resettle in its ancient mountain village, Iskarda. But Tellurith wants more than their location to change.

A different world. Tellurith dreams of a House where she and her folk and her two anomalous husbands have reforged customs, righted old wrongs, and reached equality for all. But the way is beset by perils and surprises, both in Iskarda and in the Riverworld beyond: from the nations of Verrain and belligerent Cataract, and the far more menacing empire of Dhasdein.

A transformed vision. Because the deadliest and most joyful revelations will come on a journey to Dhasdein’s imperial capital, Riversend.