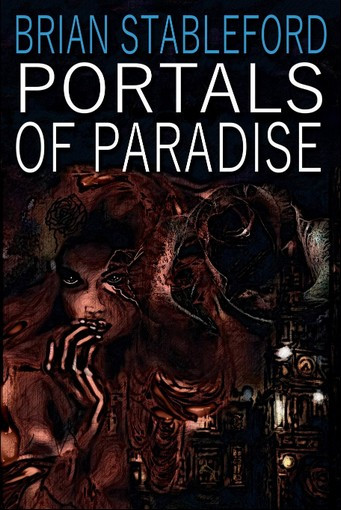 Gabriel Bowlands, a young man taking the Grand Tour in the late 1780s, is less interested in absorbing the broad legacy of European culture than following up his own particular obsession with the theater, and particularly the art of comedy. Having spent a month in Paris, he and the uncle acting as his guide and mentor have made their way to Venice, just in time to catch the last few days of the Carnival. No sooner have they arrived, though, than they are caught up in a bizarre mystery. The entire city has become a stage, in which everyone is an actor playing a part, but within that vast performance, another is apparently being worked out, whose roots go back forty years, to a murderous clash between two rival families. Their conflict can only be resolved if the two artificial eyes known as the Portals of Paradise, which allegedly allow their wearer to see and dwell in paradise while still living on earth, can be found and reunited. But who has them, and what might others be prepared to do to acquire them?

Gabriel becomes a pawn in the convoluted game being played by two of the key players, but finds it difficult even to work out the true identities behind their masks. As a lover of the theater, though, he is afraid that that their decision to settle their long-running disputes after a performance of the legendary play known in English as The King in Yellow—a play reputed to drive its audiences mad -- is far from wise, or even sane. As the Devil seems determined to play a cunning hand in the affair, however, how can he possibly expect any resolution but chaos and turmoil?