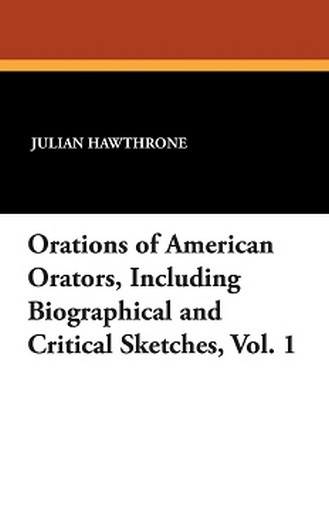 This is the first of a two-volume collection of great American Orators at their best. This volume starts with Samuel Adams' speech on American Independence delivered on August 1, 1776, and ends with John C. Calhoun's December 12, 1811, address to Congress on the Increase of the Army. Also included are important and influential addresses by the Founding Fathers addressing liberty, American attitudes and relations with Great Britain, and the writing and implementation of the Constitution, including George Washington, Thomas Jefferson, John Adams, Patrick Henry, John Jay, John Marshall, Alexander Hamilton, and Shawnee leader, Tecumseh.

With an introduction by Julian Hawthorne.