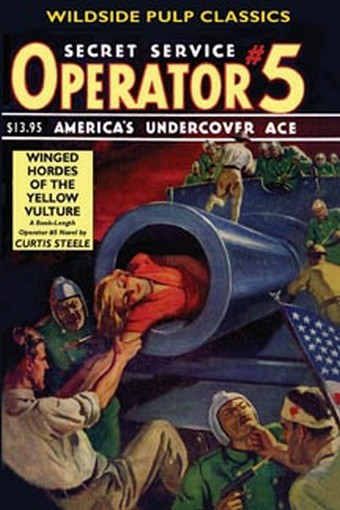 Over the western part of the United States fell the dark, terrible cloud of the most incredible invasion in history. Before this inhuman, scientific attack of Asia's barbaric army, Americans died agonizingly in a deliberately released leprosy plague!

As one great western city after another was wiped out, and the invading army's ranks were overwhelmingly swelled by drugged American recruits, Operator 5 and his fighting patriots were slowly beaten back. Then came the showdown -- when a handful of gallant sons of Liberty for the last time challenged a Yellow despot in order that America might still go free!