Operator #5: Hosts of the Flaming Death, by Curtis Steele (Paperback) 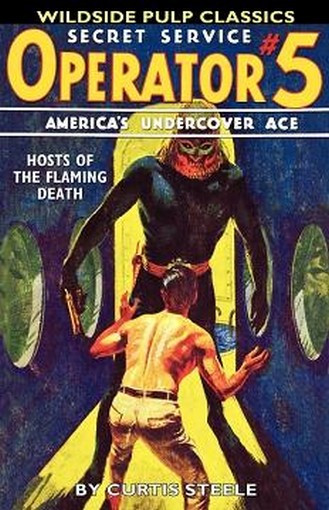 Operator #5: Hosts of the Flaming Death, by Curtis Steele (Paperback)

AN EPIDEMIC OF CRIME GNAWED AWAY AT THE NATION'S LIFEBLOOD!

A gold-masked avenger, linked with malevolent foreign powers, seeks to crumble the economic foundations of the United States. Soon, crippled, bewildered, and terrified, a great free people tremble on the brink of capitulation. For Operator #5 and his loyal band of defenders of liberty, death is preferable to dishonor. And as the nation's leadership succumbs to panic, death stalks ever closer!

A thrilling Operator #5 novel, originally published in the August, 1935 issue of Operator #5 magazine!