Once Upon a Future: The Third Borgo Press Book of Science Fiction Stories, edited by Robert Reginald (Paperback) 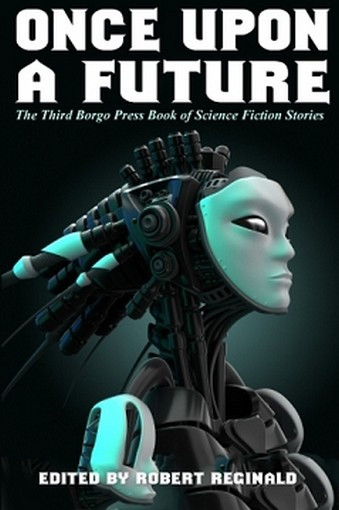 Once Upon a Future: The Third Borgo Press Book of Science Fiction Stories, edited by Robert Reginald (Paperback)

This is one of a series of anthologies of science fiction and mystery stories by Borgo Press writers that are being distributed at cost as both ebooks and print-on-demand volumes. This third volume in the sequence, Once Upon a Future, includes a dozen original and reprint tales by twelve writers.

Jean Lorrahs Best of Friends is a key tale in the Sime~Gen sequence, being set just after the implementation of the treaty that allowed Simes and Gens to live together peaceably. In Best-Laid Plans, by William Maltese, a pair of professional fighters is selected for a new missionbut not the one they thought! A. R. Morlans Boog/4 and the Endicaran Kluge is an interesting psychological tale set on a multi-generational spaceship to the stars. Edward R. Morris can pronounce Game Over only when his protagonist escapes the game world in which hes trapped.

Charles Nuetzels The Talisman demonstrates that free is sometimes too high a price to pay for a gift. Patricia Wardon discovers that Saving Jane Austen (by Robert Reginald) is not as easy as it sounds. A starving authors agent discovers a new market for subsidiary rights in Pamela Sargents amusing All Rights. Darrell Schweitzers The Fire Eggs just appear one day, everywhere on Earth, but what are theyand what purpose do they serve?

The Skin Trade, by Brian Stableford, is one of a series of tales that explores the future of biotechnology, particularly as applied to the human form. In The Space City, by Doru Tatar, Grig investigates the massacre of a group of androids. E. C. Tubbs Agent only wants to make money peddling his clients talents, but the licensees desire something entirely different! George Zebrowskis The Water Sculptor fashions sculptures from ice in his isolated satellite home orbiting Earth.