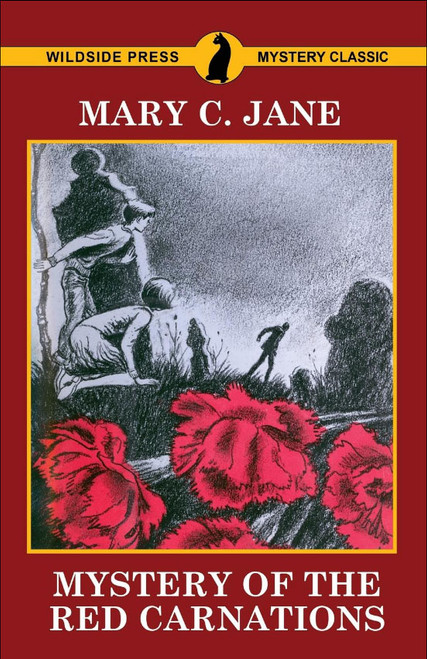 By Sunday evening Prue Tenney was despondent. She and the others in her class were supposed to write about something exciting that had happened over the weekend. All of her friends had either found an adventure or caused one to happen, but Prue had thought of nothing. Suddenly she remembered the one exciting event in her town -- an unknown young man had been mysteriously shot eight years earlier. Although he was never identified, every year, on the anniversary of his death, someone placed red carnations on his grave. Neither the mystery of the shooting nor that of the flowers had ever been solved. Perhaps Prue could make an adventure out of visiting the grave.

She slipped out into the waning daylight, and hurried over to the cemetery. As she started toward the wooden grave-marker, Prue realized that someone else -- a man -- was already there. He turned and strode away. Prue tiptoed closer. A bouquet of red carnations was lying on the dead stranger’s grave!

This was the beginning of real adventure for Prue, her brother, and two friends, one that lasted much longer than a weekend.

As in all Mary C. Jane's mysteries, the excitement and pace of her story build up to a satisfying climax. While her characters are confronted with a hidden gun, a strange woman prowling around an empty house, and a suspicious neighbor, these details fit plausibly into the everyday world of a small New England town.