Marie Gourdon: A Romance of the Lower St. Lawrence, by Maud Ogilvie (Paperback) 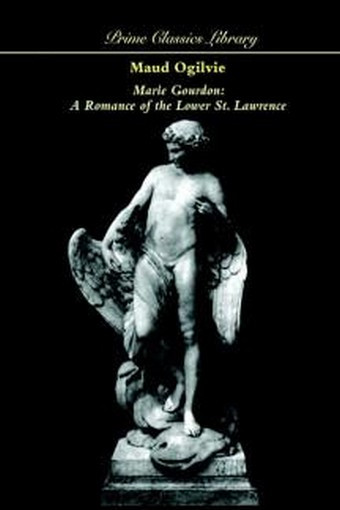 Marie Gourdon: A Romance of the Lower St. Lawrence, by Maud Ogilvie (Paperback)

This little story is founded on an episode in Canadian history which I found an interesting study, namely, the disbanding of a regiment of Scottish soldiers in the neighborhood of Rimouski and the district about Father Point. Many of these stalwart sons of old Scotia who were thus left adrift strangers in a strange land accepted the situation philosophically, intermarried amongst the French families already in that part of the country, and settled down as farmers in a small way. A visit to that part of the country will show what their industry has effected.

Before having been in the district, I had always thought that the coasts of Lower St. Lawrence were almost incapable of any degree of cultivation, and practically of no agricultural value; but when at Father Point, some three summers ago, I was delighted to see all along the sandy road-sides long ridges of ploughed land, with potatoes, cabbages and beans growing in abundance. Back of these ridges, extending for many miles, are large tracts of most luxuriant pasture land on which browse cattle in very excellent condition.

The manners of the people of this district, who, "far from the madding crowd's ignoble strife," live in Utopian simplicity, are most gentle and courteous, and would put to shame those of the dwellers of many a more civilized spot.

It is very curious to trace the Scottish names of these people, handed down as they have been from generation to generation, though their pronunciation is much altered, and in most instances given a French turn, as, for example, Gourdon for Gordon, Noël for Nowell, and many others. However, in a few cases the names are such as even the most ingenious French tongue finds impossible to alter, and they remain in their original form, for example, Burns, Fraser and McAllister. It is strange to hear these names spoken by people who know no language but the French, and I was much struck by the incongruity.