Laches, or Courage (A Dialogue), by Plato (Paperback) 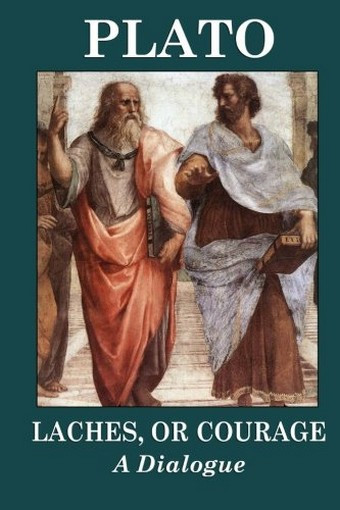 Laches, or Courage (A Dialogue), by Plato (Paperback)

In the discussion of the main thesis of the Dialogue-'What is Courage?' the antagonism of the two characters is still more clearly brought out; and in this, as in the preliminary question, the truth is parted between them. Gradually, and not without difficulty, Laches is made to pass on from the more popular to the more philosophical; it has never occurred to him that there was any other courage than that of the soldier; and only by an effort of the mind can he frame a general notion at all. No sooner has this general notion been formed than it evanesces before the dialectic of Socrates; and Nicias appears from the other side with the Socratic doctrine, that courage is knowledge. This is explained to mean knowledge of things terrible in the future. But Socrates denies that the knowledge of the future is separable from that of the past and present; in other words, true knowledge is not that of the soothsayer but of the philosopher. And all knowledge will thus be equivalent to all virtue-a position which elsewhere Socrates is not unwilling to admit, but which will not assist us in distinguishing the nature of courage.