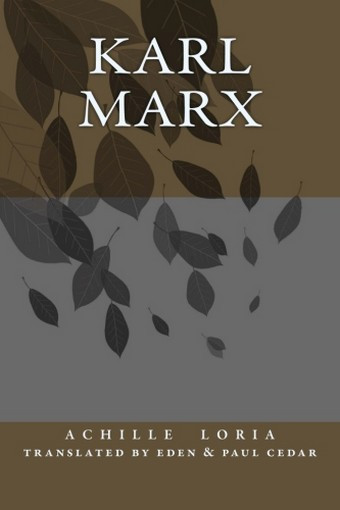 The difficulty of economics in large part depends upon the fact that it is either a system of apologetics or else a system of attack. There are, in fact, two conflicting sciences: the economic science of the master class, and the economic science of the proletariat. Both are necessarily tendentious, and the conflicting tendencies will remain irreconcilable as long as the class struggle continues. Not until that struggle has been fought to a successful issue, not until the cooperative commonwealth has come into existence, can there be a comparatively dispassionate political economy. As dispassionate as conic sections it can never be, for it is biological, sociological, is by its very nature tinged with human interest, and can therefore never be wholly impartial. But many of the contradictions and perplexities of economics are by no means inherent; they are, we contend, no more than confusing reflexes of the class struggle.

Loria seems to hold a somewhat similar opinion. In Contemporary Social Problems (pp. 99, 100) he writes: "I am inclined to consider political economy and socialism as two intellectual weapons which, for a long time separate and mutually antagonistic owing to the apologetic theories of the one and the subversive utopianism of the other, are drawing closer and closer together as they become more human and the old animosities disappear. Perhaps the day is not far distant when the two forces will unite under one standard." To a casual reader this might suggest that Loria thinks that the class struggle, that the conflict between orthodox economics and socialism, can be overcome within the framework of the bourgeois economy -- that the capitalist Old-Man-of-the-Sea can at one and the same time remain seated upon the back of the proletarian Sindbad the Sailor, and walk beside him amicably arm in arm as the two climb the mount of human endeavour. But an attentive student of Loria's Karl Marx will realise that when the Italian speaks of "a day not far distant," he means the morrow of the social revolution, when Marx's promethean work shall have been completed, and when, led by Marx "the emperor in the realm of mind," the human race shall have reached "the brilliant goal which awaits it in a future not perhaps immeasurably remote."

Achille Loria (1857-1943) was an Italian political economist. Loria developed an original, deterministic theory of economic development based on the premise that the relative scarcity of land leads to the subjugation of some members of society by others, a mechanism that works differently in different stages of development. Loria was one of the earliest critics of Marx's ideas, and as such his views were ridiculed by Engels.

Translated by Eden and Cedar Paul.