In the Background Is a Walled City, by Michael Hemmingson (Paperback) 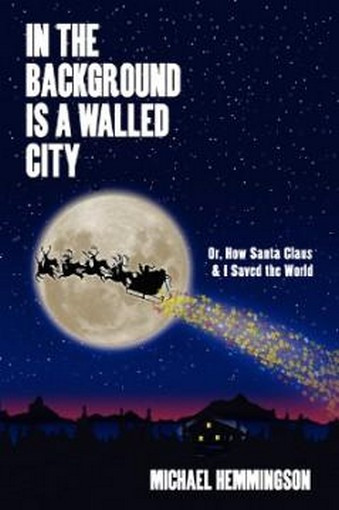 In the Background Is a Walled City, by Michael Hemmingson (Paperback)

What if Santa Claus had given up on mankind and his most famous reindeer turned into a homicidal alcoholic?

This alternate history is narrated by William Stonecutter, a young man orphaned as an infant who never grew beyond 3.5 feet tall. The world has gone to hell in a handbasket and William intends to do something about it. He and a weary fellowship of carnival outcasts embark on a quest to the North Pole. They make a desperate plea to Santa: rid the world of evil so it can once again be clean and safe for democracy.

Michael Hemmingson's fantasy of the absurd and the weird calls to mind such great works as Günter Grass's "The Tin Drum," Robert Coover's "The Public Burning," Philip K. Dick's "The Man in the High Castle," and Richard Brautigan's "Trout Fishing in America" -- combining them all into one heck of a wild sleigh ride of a post-postmodern SF adventure!