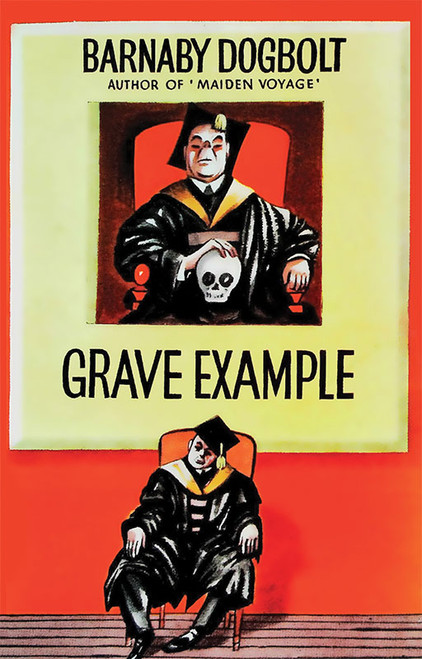 So begins Barnaby Dogbolt's most appropriately named novel. Such an introduction might seem to indicate the opening of a thriller or perhaps an exercise in the grotesque, but quite the contrary is the case! The setting is a medical school of a Southern University, where two comic themes weave around each other: the struggles of the Dean's attractive young daughter to escape the marriage designed for her, and the controversy among the Faculty over the Dean's portrait in the grand manner. Brimming with sharp transatlantic humor, GRAVE EXAMPLE delivers the original wit readers expect from a Barnaby Dogbolt work.