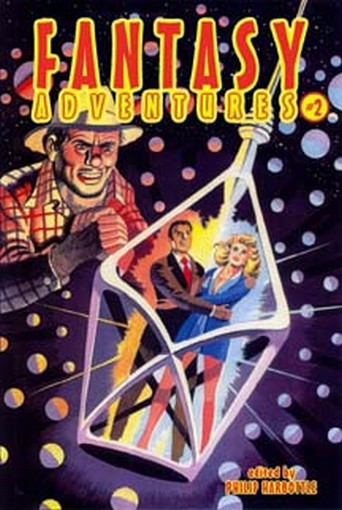 A complete novel, a novelette, and short stories!

A NOVEL BY JOHN RUSSELL FEARN:

Esau Jones was a unique human beingùthe only man to possess the complete mastery of mind over matter. He could have ruled the worldùbut all he wanted was a glass of beer and the English countrysideùuntil the Earth faced destruction from an atomic experiment gone wrongù

A NOVELETTE BY ERIC C. WILLIAMS:

The establishment of a colony on another planet demanded more than the miracle of terra-forming technologyùspecifically, brave women who were willing to give up their Earthly heritage to becomeù

The weaving of fate brought the wanderer of space to a planet where he was to first encounter the nemesis that was to reshape his lifeà The world-first exclusive publication of E. C. Tubb's newest ôDumarestö adventureù