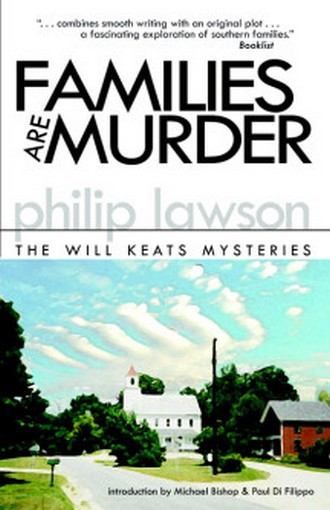 Would it Kill You to Smile?

When second-rate ventriloquist Skipper Keats dies of a heart attack at his comedy club, Skipper's son Will learns of the bizarre codicil to his father's will: Skipper has requested that he be buried with Dapper O'Dell, his favorite dummy. But after the funeral, and after Dapper visits Will in a dream, Will realizes that the grave is not, after all, the appropriate resting-place for this very valuable piece of teakwood. Will's surreptitious exhuming of the coffin reveals a new surprise: someone has beaten him to it. The dummy is gone, and the mystery is afoot.

In the aftermath of his father's death, Will Keats' life finally seems to be settling down to some semblance of normalcy again in his new home with Adrienne and her bright lively, eight-year-old daughter Olivia. Then Olivia disappears, and a trail of muddy boot prints indicates she didn't leave on her own. The trail leads to the door of Adrienne's disreputable ex-husband, Byron, Olivia's father. Byron has an alibi and an unlimited reserve of jealousy and hatred for Will. Olivia's kidnapping only fuels the simmering fire between them. But as the police and FBI investigations grow colder with the oncoming winter, it appears to Will that his only hope of ever seeing Olivia again lies in cooperating with Byron and his shady underworld connections.