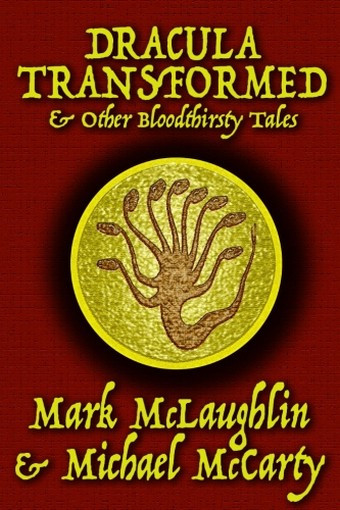 Throughout history, people have been fascinated by the seductive allure of vampires. We read about them in books, watch stories about them on television and in movies -- but do we know all there is to know about them? Of course not. These creatures of the shadows have kept their most shocking secrets hidden . . . until now.

"Dracula Transformed & Other Bloodthirsty Tales" features eleven vampire stories by Bram Stoker Award-winning author Mark McLaughlin and Bram Stoker Award finalist Michael McCarty. In these stories, they have unearthed many of the secrets of the bloodthirsty dead.

In the novella "Dracula Transformed," Dracula is brought back from beyond the grave in a manner that gives him startling new powers. Using these powers, he begins a bloody campaign of vengeance. In "Lucy Transformed," you will learn of the relationship between Dracula and his daughter Zaleska, as well as his growing fondness for Lucy Westenra -- a fondness that will seal Lucy's doom. Even more vampiric horror awaits you in the remaining nine tales.

McLaughlin and McCarty are the co-authors of the horror novel, "Monster Behind The Wheel," along with other novels, story collections, and poetry collections. Both authors also have successful solo writing careers. Wildside Press books by Mark McLaughlin include: "Beach Blanket Zombie," "Best Little Witch-House in Arkham," and "Hideous Faces, Beautiful Skulls." Wildside Press books by Michael McCarty include: "A Little Help from My Fiends" and "Dark Duets: Musical Mayhem."