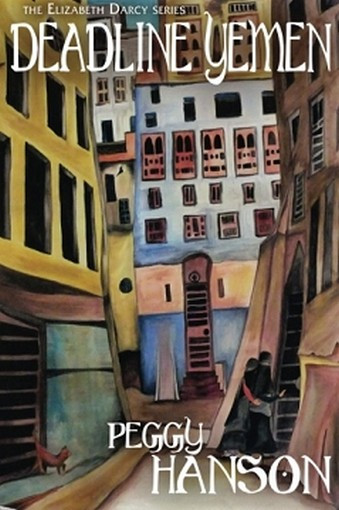 Called to Yemen to help her old friend Halima, correspondent Elizabeth Darcy combines work with the chance to repay an old debt. But the narrow, mysterious streets are populated with armed men and veiled women; who can tell friend from foe? Her first priority is to help Halima's young brother Ali, who has become involved with religious extremists. But murder dogs her footsteps, and she is under police surveillance. Abducted along her investigative trail, Elizabeth is drawn into the terrorists' web. She must work with two men-one Yemeni, one British-who are on a mission of their own. What are their plans? And why have they all ended up in the remote Hadhramaut wadi where the Incense Road once began? Elizabeth pieces together the plot, hoping she's in time to save Halima and Ali. But can she save herself as well?

Peggy Hanson's Deadline Yemen is terrific. She brilliantly captures its mystery and its fascination