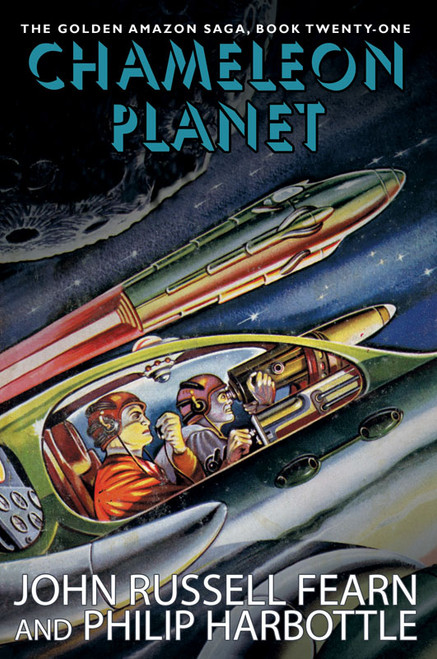 A posthumous collaboration between John Russell Fearn and his biographer Philip Harbottle, and based on Fearn's last written notes, Chameleon Planet picks up the saga directly following the ending of Fearn's Earth Divided (Golden Amazon saga #20) when the Cosmic Crusaders prepare to pursue their enemy Karg into space, in a desperate race to recover the Amazon's spaceship, the Ultra!
After almost plunging into the sun, the Amazon and Abna are flung countless light years to a truly fantastic solar system, where a planet orbits a black hole -- with devastating effects on the planet’s life and Time itself! Meanwhile, the remaining Crusaders, Viona, Mexone and Thania, explore a different planetary system—and find themselves threatened by an ancient alien vampire!