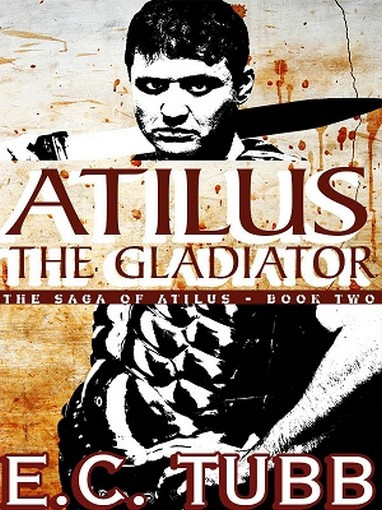 From the cold, misty shores of Britain, which the Emperor Claudius had invaded, Atilus Cindras was taken as a boy slave to work and fight for the greater glory of the Roman Empire. Eventually, he was sent to a gladiator school, and there trained to fight--and perhaps die--in the arena. But Atilus survives the years of decadent slaughter, and gradually gains power and riches as he navigates through the steamy politics of ancient Rome under the Emperor Nero. But Nero is a spoiled, selfish ruler who is forever seeking the favor of the Roman masses. And when he decides to appease the people's lust for something new and original in the ring, he picks Atilus to train the first troupe of female gladiators. Little does Atilus know, however, that he's being played, both by the Emperor and by his cronies--just a little joke: a second troupe of female fighters to be pitted against the twenty women that Atilus is managing. And if Atilus loses, he'll be made a slave once more! The second novel in the Atilus Saga features more rousing action and political intrigue by a master storyteller!