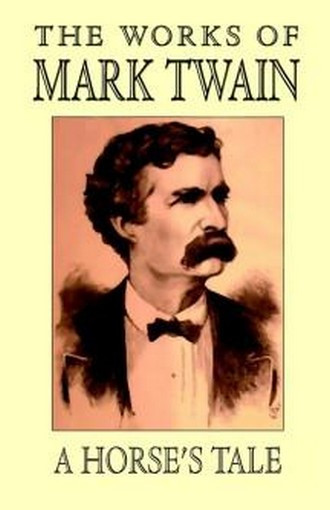 I am Buffalo Bill's horse. I have spent my life under his saddle -- with him in it, too, and he is good for two hundred pounds, without his clothes; and there is no telling how much he does weigh when he is out on the war-path and has his batteries belted on. He is over six feet, is young, hasn't an ounce of waste flesh, is straight, graceful, springy in his motions, quick as a cat, and has a handsome face, and black hair dangling down on his shoulders, and is beautiful to look at; and nobody is braver than he is, and nobody is stronger, except myself. Yes, a person that doubts that he is fine to see should see him in his beaded buck-skins, on my back and his rifle peeping above his shoulder, chasing a hostile trail, with me going like the wind and his hair streaming out behind from the shelter of his broad slouch. Yes, he is a sight to look at then -- and I'm part of it myself.

I am his favorite horse, out of dozens. Big as he is, I have carried him eighty-one miles between nightfall and sunrise on the scout; and I am good for fifty, day in and day out, and all the time. I am not large, but I am built on a business basis. I have carried him thousands and thousands of miles on scout duty for the army, and there's not a gorge, nor a pass, nor a valley, nor a fort, nor a trading post, nor a buffalo-range in the whole sweep of the Rocky Mountains and the Great Plains that we don't know as well as we know the bugle-calls.