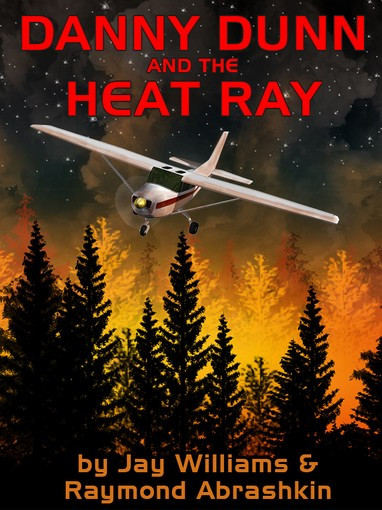 Danny is soaring above Midston in a plane with his pilot friend when he catched sight of a man stranded in a field and helps rescue him. The man happens to be millionaire Gledway Pippit, who is interested in Professor Bullfinch's new heat ray -- but Danny and the Professor must prove to him that the invention can be useful.

One afternoon, Danny's friend Irene is listening to her short-wave radio when she hears about a forest fire nearby. Danny realizes that the Professor and Mr. Pippit drove their cars in that direction. Soon the police spot the men -- but they are surrounded by fire! Danny things he knows how to rescue them and put the heat ray to practical use. But can he do it in time?

Danny Dunn and the Heat Ray is the seventh novel in the Danny Dunn series of juvenile science fiction/adventure books written by Raymond Abrashkin and Jay Williams.