Whispers Beyond the Veil by Jessica Estevao (Berkley)
Get Me to the Grave on Time by D.E. Ireland (Grainger Press)
Delivering the Truth by Edith Maxwell (Midnight Ink)
The Reek of Red Herrings by Catriona McPherson (Minotaur Books)
Murder in Morningside Heights by Victoria Thompson (Berkley)

Mastering Suspense, Structure, and Plot: How to Write Gripping Stories that Keep Readers on the Edge of Their Seats by Jane K. Cleland (Writer's Digest Books)
A Good Man with a Dog: A Game Warden's 25 Years in the Maine Woods by Roger Guay with Kate Clark Flora (Skyhorse Publishing)
Sara Paretsky: A Companion to the Mystery Fiction by Margaret Kinsman (McFarland Books)

Wildside Press has acquired the rights to the complete backlist of classic children's mystery author Mary C. Jane. The family of one of Jane's original illustrator, Ray Abel, has granted permission to use his work on the reprints. The first two books released will be Mystery in Hidden Hollow and Mystery in Old Quebec...two classic [...] 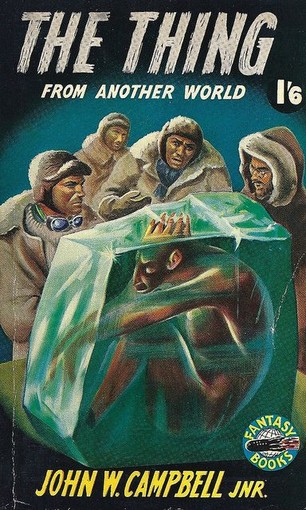 Wildside Press and John Betancourt have been retained to manage the literary estate of John W. Campbell, Jr., author of the classic novella "Who Goes There?" (filmed as The Thing from Another World and The Thing.) Wildside takes over from agent Barry Malzberg and will be working on projects in many media—including games, audiobooks, and of [...]

I am pleased to announce that Wildside Press has acquired all publishing and audiobook rights to the works of Vincent McConnell, an Edgar Award finalist for his first novel, Fall Girl. He also wrote 7 other mystery novels, including I am Vidocq and The Man Who Knew Hammond. We will be digitizing his work this year and [...]

Settling into our new home

We have a few notes on the new website (very glad we did a soft open so this stuff got caught!)User accounts from the old website will NOT be transferring over to the new one, now or in the future. So you'll need to register for an account on the new site. If you tried [...]

Welcome to the new Wildside Press Website! We have been eager to launch our new website, which we hope will be an improvement over the old one.We do have a large catalog, so please bear with us as we work out the kinks in the new site.